Ready Player One by Ernest Cline is a great book. If you were a teenager in the 1980s you'll smile, chuckle and maybe laugh out loud. You might even get an earworm or two. If you weren't lucky enough to be alive in the 80s you can still find something interesting in this book.

Wade is like everyone else in this future world, he spends most of his time logged into a virtual world. He even goes to school there. In his spare time he tries to win The Game. A wealthy game designer left his millions to the person who can win his final game. People have been trying for years to figure it out. When Wade figures out the first clue the world goes wild.

The rest of the book is a fast paced adventure/thriller in which Wade has to beat the competition to the clues and win the mini-games before anyone else. He's hampered by a big company that will do ANYTHING to win.

I loved this book. But my one nitpick comes three quarters of the way through the book when Wade infiltrates the evil company's headquarters. In the beginning of the book Wade seems like a rather naive underachiever. All of a sudden he comes up with this very complex plan for getting into the Big Bad's home office. He also knows that indentured servitude is forever because once you start you can never pay off your debts. I have no idea how he knows this little piece of knowledge. While he's in the lair of the enemy everything goes really fast. Bish, bash, bosh he's done and out the door. I really think it would have been more complicated and taken more time.

It's such a little quibble that I'm able to ignore it. I enjoyed this book so much I'd even watch a movie version.

If you're into audio books, the Ready Player One: Audio Version is read by Wil Wheaton.

Alif the Unseen by G. Willow Wilson is a fantasy that is just a little bit different than the norm. Or at least fantasy that I normally read. Most fantasy novels I read are firmly lodged in the Western tradition. Wilson's work takes place in the Middle East. Think jinn (often spelled Djinn in the West for some reason) and Islam rather than dragons and some form (however tenuous) of Christianity.

Alif is the screen name of a "grey hat" hacker who helps dissidents hide from the oppressive government. One day he spots a government agent on his doorstep and he has to go on the run. The person he runs to turns out to be a jinn. Alif's world view does not include magic but he has to come to grips with it if he wants his life back.

I really liked this book. It's filled with great characters and the story is engrossing. I was up all night reading it because, even though I told myself I'd go to bed at the end of the chapter, I just couldn't put it down. Alif's "normal" world is one I know absolutely nothing about.The magical world was also new because jinn magic is not like that of wizards or sorcerers. It was refreshing to read something where I had no idea how things would be worked out.

The one quibble I have is with the end. It felt rushed. The book moves slowly until the last few pages and then things fly by. Of course, that could be because I wanted the book to last longer.

I liked the book so much that I read Wilson's graphic novel Cairo which is also about jinn and takes place in the famous Egyptian city. I was slightly disappointed that it was in black and white but I enjoyed the story for the same reasons I liked Alif the Unseen.

Mr. Penumbra's 24-Hour Bookstore by Robin Sloan is utterly charming. I sat down and read it in one enjoyable sitting. I wasn't completely happy with the ending. I wanted more. I wasn't ready to leave the bookstore.

Clay Jannon is desperate for a job. Any job. While out for a walk in the wilds of San Francisco, he sees a help wanted sign in a bookstore next to a strip club. Minutes later he is the new night clerk. It doesn't take long before Clay realizes something very strange is going on. The store is partly a book store and partly a members only lending library. The books being lent are all in code. It turns out that the owner of the story, Mr. Penumbra, and the library patrons are members of a strange cult trying to solve a mystery.

Some of the characters in the book are a little over the top. It's also convenient that Clay's best friend is a multimillionaire. It's also convenient that Clay's love interest works at Google. Without that he wouldn't be able to solve the mystery. I do wonder what she was doing in the bookstore's part of town when she never actually appears there again.

As I said, I didn't like the ending. I wanted Clay to get the girl, get the bookstore and have a great life.  The mystery gets solved but the answer is not what anyone expects. It's actually kind of depressing. Even so, the story was enjoyable.

The Venice Conspiracy by Sam Christer is your typical thriller. If you like Dan Brown you'll probably like this book.

Ex-priest with mad martial arts skills, Tom Shaman (!), visits Venice only to become involved in a murder investigation. The murder is tied in with a cult. The book switches between modern day, 666(!) BC(E) and 1778. It's an interesting story and well written. It's well worth the time

As you can probably tell, I have a few nitpicks. Of all the names available why call a Catholic priest shaman? As a pagan interested in shamanism this irked me. Another name nitpick is three names that start with the letter T in the 666 part of the book. There are 26 letters to choose from. Stretch a little.

If you haven't guessed, the cult in the book is Satanic. Pretty obvious when the story starts in the year 666. I was also surprised that a book published in 2010 still used BC when BCE (Before Common Era) has become the norm. I guess it's in keeping with the religious overtones of the book but I noticed it. I had to keep myself from getting a pen and adding the "E".

Moon Hoax by Paul Gillebaard is a thriller about an attempt by the Chinese to prove that the US never went to the moon.

I wanted to like this book. I was all primed with the Mar Curiosity landing. It's not that it's a bad book. It is well written. I just found it overly manipulative in places and that pissed me off.

China secretly lands on the dark side of the moon and collects rocks. Then it says they found the rocks in China which proves the US did not go to the moon. In addition they left a laser to guard the moon which could be turned into a weapon used on Earth.

The central character, Peter Novak, is a  geek/astronaut/spy (?) who is picked to secretly go to the moon and take out the laser he helped build. Oh, and by the way, it's a one way trip. Novak's father walked on the moon. When the world starts saying the US lied about going to the moon he has a heart attack and dies. Novak wants to do the job to clear his father's name. See what I mean about overly manipulative? The elder Novak didn't have to die. It was just an extra kick at the emotional can. I hate it when it's too obvious. But that's just me.

That's all I'm going to tell you. If you want to know how it all works out you'll have to read the book yourself. Maybe you'll like it better than I did.

Some of you might know that I'm a TrekNerd (I avoid the whole Trekkie/Trekker fight). I don't take myself too seriously. One of my all time favorite movies is Galaxy Quest. I looked forward to reading Redshirts by John Scalzi from the moment I first heard about it. For the most part, I was not disappointed.

For those of you who are not Star Trek fans, the trope is that if any of the series cast go on an "away mission" with an ensign in a red shirt, the ensign will die. In the novel, the ship has extreme redshirtitis. There a lot of deaths. The story revolves around a bunch of new crewmembers who find out that there's more going on than meets the eye.

Redshirts is a very funny book. In fact, it's silly in places. You don't have to be a TrekNerd to get the jokes either. I loved the book right until the end of chapter 24. In some places the book has an addition to the title: "a novel and three codas".  As you can guess the codas come after chapter 24. I could have done without them.

I would recommend this book to any Trek fan and anyone who likes their science fiction on the silly side.

My First Murder by Leena Lehtolainen is another book I read in translation that left me feeling like it would have been better in the original language. The cover says it is supposed to be a "thriller" but I didn't find it that thrilling. It just seemed like a regular police procedural mystery.

A group of university students who sing in a choir are spending the weekend at a remote cabin to rehearse for and upcoming concert.  After a night of partying, one of them is found dead. The lead dectective, Maria Kallio, knows some of the students from her time at university.

It's a bit of a "locked door" mystery because the killer has to be one of the students in the cabin. There are sufficient red herrings for Kallio to chase down. The book is well written as expected since the author published her first book at age twelve.

we are in
CanadianPlanet
canada's webs 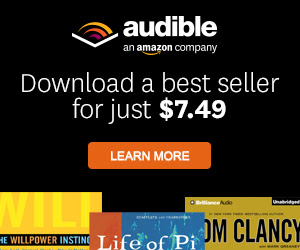 Some Of My Favorite Authors